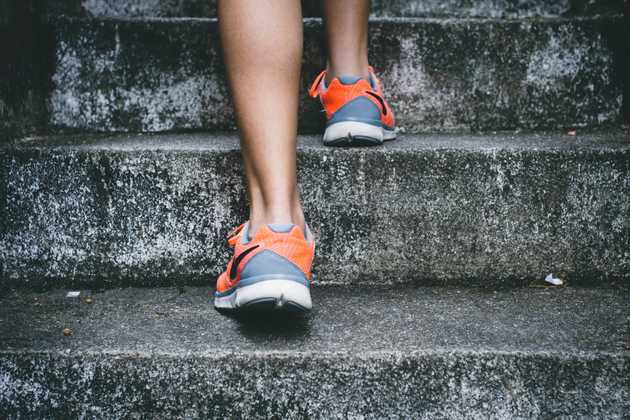 Photo by Bruno Nascimento on Unsplash

With the restrictions of COVID, New Years Eve saw me at home, drinking non-alcoholic beer. Wild right? This, however, set me up just right for the first run of year

Experiment one was one that I had done the previous year. As part of Red January, the goal was to do some sort of exercise every day. I chose was to run. Last year I didn’t manage it every day due to injury. And again, this time around I suffered the same fate.

The first couple of days started well. Managed to get out and do some easy runs. I decided to up the ante and set a secondary goal of running 100km.

One morning I was greeted with a white landscape. Snow. This was going to be fun. It didn’t stop me from going for a run though. Running in the snow wasn’t that bad, it was the day after, when the mushed snow iced over and turned into an ice rink. There were times I thought that I was going to slip and twist my ankle (my ankles have had batterings in early years of life from football and mud run injuries) but it was not my ankles that let me down this time.

It was maybe 7 days in when I started to feel the toll from running everyday. I had racked up nearly 25km in a week, on target for 100km. But my body was feeling it. It was time to try and pull out everything I could to aid recovery.

In my library I had a tomb. It was Boundless by Ben Greenfield. Ben Greenfield was a personal trainer who I came across via his podcast. He is similar to Tim Ferriss, conducting experiments on himself with some of the fringe science about health and fitness.

His book Boundless is a combination of all that he has learnt, covering subjects like how to improve sleep, how to improve your immune system and many other interesting subjects. It was the tips on how to recover faster that I was interested in.

My daily routine resulted in me doing the following:

The contrast shower had me doing 20 seconds cold and 10 seconds hot. After every run I did 10 minutes of stretching to help cool down. I followed this with lying on my back, with my legs up against the wall for inversion, whilst doing rounds of box breathing. Box breathing is 4 second inhale, 4 second hold, 4 seconds exhale and 4 second hold. I would then, throughout the day, get the foam roller out and focus on my sore muscles. Finally, before going to bed I would attack whatever areas where sore and apply some deep heat.

In all honesty this did help and was working. But I had one flaw. My knees.

When I was younger I remember watching a program about Parkour. This was something that I had never seen before. I was a fairly sporty person so a few of us got together and started running and jumping.

As we all do when we are beginners we make mistakes. Sometime the stakes can be quite high, epesically when you are doing 12 foot jumps and things that could be considered dangerous. But with the mindset of youth, your invincible arent you?

There were a couple of incidents where I didn’t come out so well. And all of them involved my knees. Landing on them from a height. Bashing them on rails and containers. It all added up.

This was my problem with running every day. With the impact on my knees and my history with knee abuse, it wasn’t long before I was being made to pay.

It was frustrating. The rest of the body had no problems. Take my knees out of the situation and I would have made it every day. But there comes a point where enough is enough.

I could have continued on, pushed through the pain. But I knew that would come with a consequence. So regrettably after 15 days I had to hang my hat up and resign.

Even now at the time of writing, my knees still don’t feel right. I have begun to do some exercises to strengthen them as outside of this challenge I was running 2/3 times a week because I enjoy running.

If there is a lesson to be learnt out of this experiment it is to listen to your body and don’t be stubborn and solider on as the outcome may not be a pleasant.

With one experiment down let’s hope I can do better on the second experiment.